Tobias Reber informed me this morning — or this evening, that is, in Bern, Switzerland, where Reber is based — that today marks the 30th anniversary of John Cage’s death, which occurred on August 12, 1992. The comment, via Facebook, came on the occasion of a project we’re currently undertaking, the third in a sequence of music prompts for Musikfestival Bern. This marks the fourth consecutive year of the Disquiet Junto’s collaboration with the festival, thanks to Reber’s invitation. As it turns out, the project currently underway is built on Cage (details at disquiet.com/0554). It takes a chord from a Cage composition and asks contributors to create drones based on that chord. The project began yesterday, the 11th, and will continue through this coming Monday, the 15th.

As always with Junto projects, which I’ve now been moderating for over a decade, the sheer variety of approaches by musicians has been inspiring. One participant built a system in the Pure Data coding language, while another used a different instrument for each note in the chord, and someone else played it on the beautiful Hyve touch synthsizer. The tracks are appearing one at a time on a llllllll.co discussion thread.

Cage’s death is also on my mind because I’ve been re-reading his conversations with Morton Feldman that were collected in the essential MusikTexte book Radio Happenings, a portion of which inspired another Musikfestival Bern project a few weeks ago.

It’s been a while since I thought about the one time I saw Cage in person, which must have been not long before he passed away. He sat just in front of me in the audience at a Bang on a Can Marathon performance by Margaret Leng Tan of some of his work. I could swear it was toy piano music being played, but a review by Edward Rothstein that year — the year Cage turned 80 — says it was a regular piano (see: nytimes.com). This would have been at the New York Society for Ethical Culture in Manhattan. If memory serves, I was sitting with the late K. Robert Schwarz, who died of AIDS in 1999 and had written for me when I was an editor at Tower Records’ Pulse! magazine. Also, if I’m not mistaken, Tan sat with Cage in the audience up until it was time to perform. And Cage, quite sweetly, drifted off to sleep during her performance.

Erasure – Day-Glo (Based On A True Story)

An extensive re-working of 2020’s *The Neon* becomes an entirely new album, showcasing the 35-year-old synth pop group at their strangest and most experimental 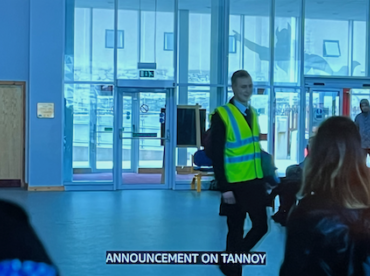